A Star is Born

What does a Millennial Starlet looks like? Meet Gugu Mbatha-Raw!

Her name is Gugu Mbatha-Raw, a British stage and film actress. Working in British television and stage productions. Gugu gained prominence in a recurring role on the TV show Doctor. She is playing Tish Jones, sister of Martha Jones. Her real name is Gugulethu Sophia Mbatha. Her movie credits are Beyond the Lights, Belle, Beauty and the Beast, Free State of Jones and Concussion. 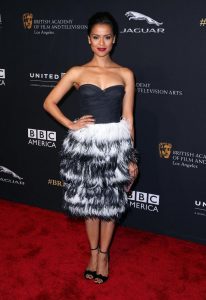 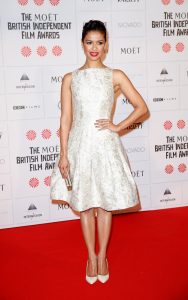 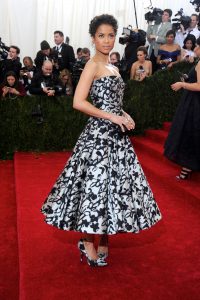 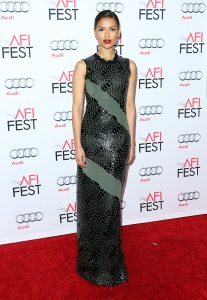 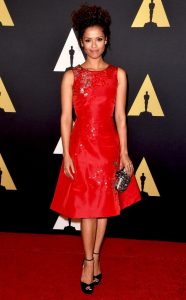 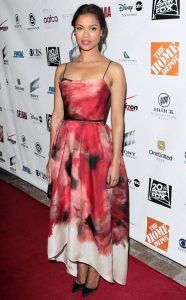 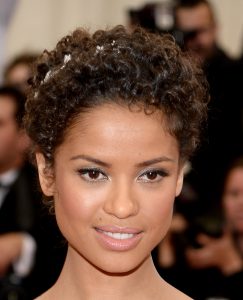 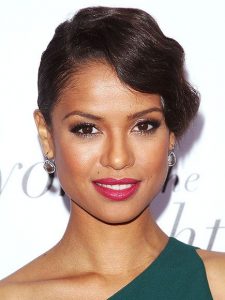 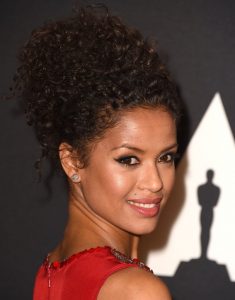 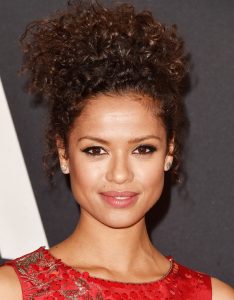 Hiking! I grew up in Oxfordshire, England, where it always rained, so I learned to appreciate a sunny day when I got one. Luckily, in L.A. I get a lot!

Best Role Model
Nelson Mandela. My father is South African and grew up under apartheid, so I’ve always been inspired by what Mandela stood for. There’s a bust of him outside the Royal Festival Hall in London, which I used to see all the time when I was in school. It has a quote of his on the base: “The struggle is my life.” Whenever I walked past it, I gave a little nod and said hi in spirit.

Best Escape
A bathtub. I had an epiphany about seven years ago, when I was working on a TV show in—of all places—Bath, England. After 12 hours of filming in the cold, I needed to warm up and relax, so I tried out the tub in my room and found that I was instantly able to soak the day away. Now I like to create my own spa whenever I travel: I light scented candles, pour in bath salts, turn on plinky-plonky music, and unwind.

Best Hair Trick
Wearing a beanie. My hair already gets played around with so much for different roles! When it’s just me, I let it be.

Best Part About Filming in New Orleans
The alligators. I’d never seen one in the flesh before heading down south to film Free State of Jones. It was so flabbergasting to watch these creatures glide along the river with their eyes popping out.

Best Pep Talk
When I’m facing a hectic schedule, I tell myself, “Come on, Gugs.” Sometimes you have to be your own coach. 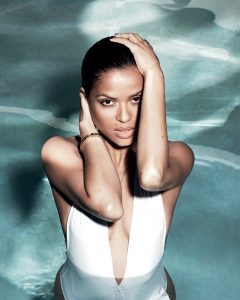 Winner of African-American Film Critics Association (AAFCA) for Best Actress. She is best known for starring the role of Dido Elizabeth Belle in a British period drama film Belle. She has also performed in the radio show Living with the Enemy where she played the role of Sophie and others. Gugu Mbatha-Raw was born as Gugulethu Sophia Mbatha in Oxford, Oxfordshire, England, United Kingdom. Her parents are Patrick Mbatha and Anna Mbatha. She was born on the 21st of April in 1983.

Gugu Mbatha Raw was raised in Witney in Oxfordshire. As a child, she was enrolled at Henry Box School. When she was  very young, she was interested in music, acting, and dancing. To accomplish those dreams, her parents enrolled her in National Youth Theater. In 2001, she joined Royal Academy of Dramatic Art where she took her drama training. Three years later, she starred the role of Collette Hill in a British medical drama television series Holby City. She has also appeared in the TV series like Vital Signs, Confidential, Doctor and much more. She made her feature film debut in 2011 portraying the role of Talia in an American romantic comedy film Larry Crowne. Raw has never been married she is still in search of a good husband. But she once had romantic affair with Harry Lloyd who is also an actor and famous for his role of Will Scarlet in a British television program Robin Hood. She has English and South African descent. Gugu also speaks with an British accent, and she has 14.4k Instagram Followers! We believe she has arrived! And Hollywood needed her… 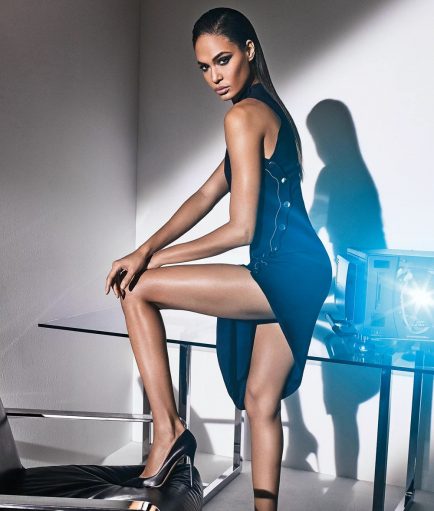 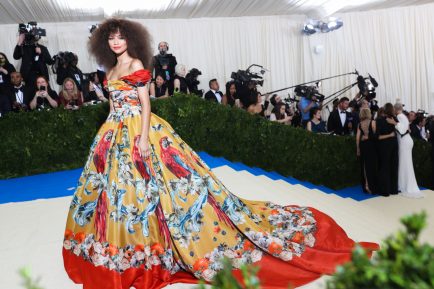